Jemima was born, self willed, motivated and determined to succeed in life. Her riding career started on Exmoor, where she took to horses at a very early stage. She had her first days hunting, aged 2 years 7 months on Dinky, a grey pony of indeterminate age, and has never looked back since. Aged 9 she was exercising thoroughbreds, and hunting them at 11. Hunting, pony club and gymkhanas, plus grooming at the polo ground gave her a wonderful grounding, and at an early age it was clear horses were going to be very important in her life. She left school at 16 years to enrol onto the 2 year Equestrian course at Kingston Maurward, and has worked with horses ever since.

Eventing became her chosen discipline, with hunting in the off season for fun and relaxing. She acquired her first eventer, Ebony, from a National Hunt yard where she was considered at 15.1 hands too small to race. Ebony was just 5 years old and very raw, having been backed, but taught little else. Jemima schooled and worked on her, all on her own, and took Ebony through BE from intro to compete at intermediate level, and also 1 star at Hartbury. She started as a groom for Nigel Taylor at Aston Le Walls, then had time with Bruce Haskell, Sally Lockyer, and finally was recruited by Jodie Amos to return to Aston as her head girl and second rider.

Health issues in the autumn of 2014 forced Jemima to give up her job with Jodie, having been diagnosed with Grave’s Disease. This resulted in an operation in the spring of 2015 to remove her thyroid. Once allowed by her doctors to ride again, she immediately found work with Aaron Millar, and was looking forward to competing her new young eventer Echo ( Ebony is enjoying a second career as a hunter for Jemima’s father, with the Cattistock , and is also nanny to Houdini and Bella two youngsters Jemima has bred ).

Three weeks later she was a rear seat passenger in a car with fellow eventers Aaron, and Dan Sibley, plus her great friend Lulu Covey, when they were driven into, head on, by a rogue driver. Very sadly Lulu died instantly, and the 3 survivors suffered major injuries. Jemima has had 3 major operations, spent 7 weeks in ICU, and is now in the spinal rehabilitation unit at Salisbury hospital, with life changing injuries, including a significant fracture of her lower spine. Confined to a wheelchair, it is too early to say whether Badminton is still a realistic target, or whether the Paralympics are a more likely option. Her character and determination is shining through in the unit, where she is expecting to be discharged 2 months earlier than anticipated. She has nominated Spinal Research UK as her chosen charity. 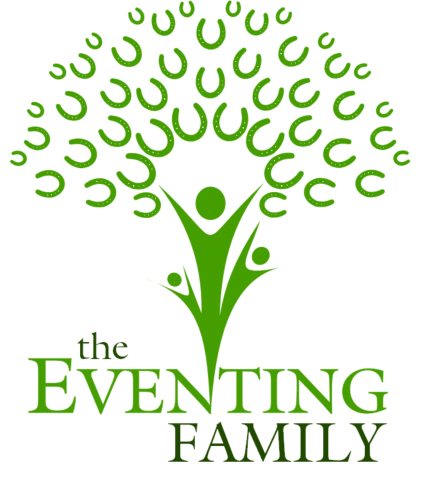